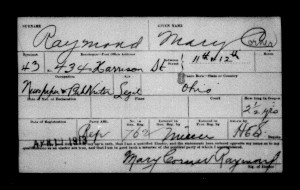 On August 18, 2020, the United States will celebrate the centennial of the ratification of the 19th amendment. It is often mischaracterized as the law that granted women the right to vote. (Can a right be granted?) In actuality, the text of the amendment mandates that neither federal nor state governments can deny a person the right to vote based on their sex. It was the systemic denial of this right against which women fought, often in brutal circumstances, for decades. Suffrage was hard won, not bestowed.

In 1912, eight years prior to the passage of the national legislation, Oregon became the seventh state to recognize women’s right to vote. The Oregon Equal Suffrage Amendment artfully notes that “the women of Oregon… [had] persuaded the men of the State to place them upon a footing of political equality.” But what came after? Our historical narrative has a tendency to end with an ellipses at the very point at which something of great importance is just beginning. There is a detailed buildup to a climax of achievement and the story ends. Women could vote and they lived happily ever after… 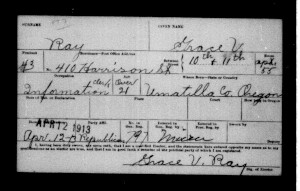 In fact, there is more to the story. Let us look deeper into the significance of this event after it occurred in the context of Multnomah County. Who were the women who registered to vote as soon as they could? Each has her own story to tell. What were the first initiatives upon which they cast a ballot? What other political causes did they support at that time? What opposition did they continue to encounter? How did the victory shape the future that is now our present?

Enter the exhibit to learn more. >>

Copyright status has not been conclusively determined for items in this digital collection. United States copyright law governs the making of photocopies or other reproductions of copyrighted material. It is the responsibility of users of this digital collection to determine whether their intended use of an item is acceptable under copyright law. © Copyright 2020
©2023 Preservica
We use cookies so that we can provide you with the best user experience possible. Click Accept to confirm that you are happy with us to use cookies.